Lake Eola Heights happens to be one of the oldest neighborhoods in Orlando, regardless of the fact that the historic district was only created in the late 1980's. In fact it was originally a lot of orange groves, but most of them took a hit after the big freeze in 1895. 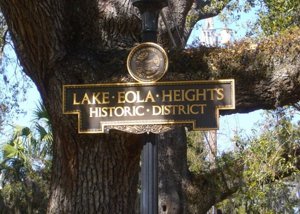 Lake Eola Heights is a popular place to live just because of it's accessibility to all of the Central Florida theme parks. Lake Eola Heights is also known for its popular Lake, Lake Eola. Lake Eola features swan boats which are available for the public, and it also happens to be a hot spot for many of the locals! If you're not a big fan of theme parks and lakes, Lake Eola offers a variety of fine dining, shopping, and more fun things to do!

This beautifully and lovingly upgraded historic home on almost a quarter of an acre (200x50 lot), is located in the Lake Eola Heights Historic District of Downtown Orland...

This home is a hidden gem with in the heart of Downtown Orlando! Primary home and guest house were completely renovated and they sit amidst the quiet, tree-lined streets ...

FL Condos and Townhomes For Sale